“Everything just seemed to have fallen in place from thereon,” Tersia Burger, CEO at Stepping Stone Hospice explains. Russell Cruickshank from Cornerstone Projects has come on board to get this project going and to oversee the transformation of this dilapidated building into a first-class facility for our patients. He has committed his time and expertise to see the project through and to facilitate funding.

Thersea Corrigan from SCS Architects has been on board since the hospice started planning an extension, drawing up plans, changing the plans as the needs changed and offering her services free of charge.

The hospice opened its In-Patient Unit in October 2013 in New Market Park, at the time offering 4 wards. With some serious fundraising efforts and especially from the hospice 947 Cycle Team, the unit was increased to 8 wards in 2015.

“Demand for our services, and especially a children’s ward, has necessitated a further extension and whilst we explored several options, funding always remained a huge issue,” says Tersia. Kim has lost close friends to cancer, all of them looked after by the staff at Stepping Stone Hospice. “So when it came to making a decision as to where the park home should go to, I had no hesitation in donating it to hospice,” Kim says.

According to Russel, the move of the home from its current location in Steeledale to New Market Park, should be complete within the next three weeks. “Then we’ll start with the renovating – we would like to invite all prospective sponsors and donors who can assist with this process, to visit us or contact me through the hospice. We will appreciate all the help we can get,” says Russell. 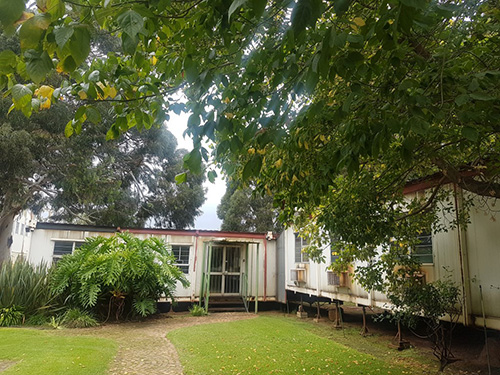 Caption 1: The park home in its current state… previously used as offices, but stood vacant for eight years. 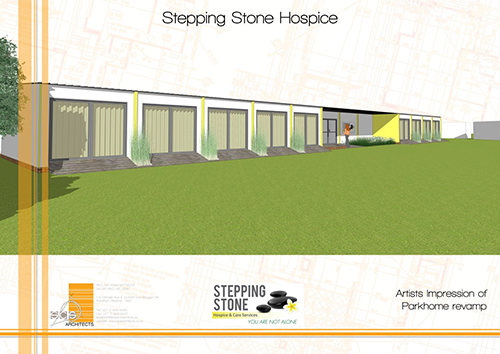 Caption 2: … to be transformed into this 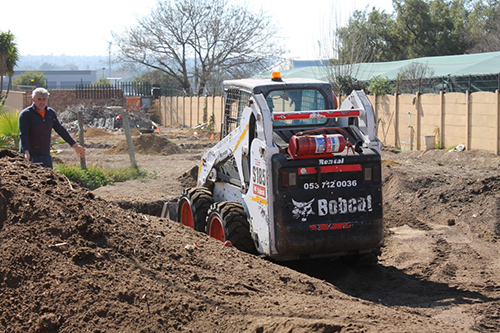 Caption 3 Preparing the area where the home will be transferred to.